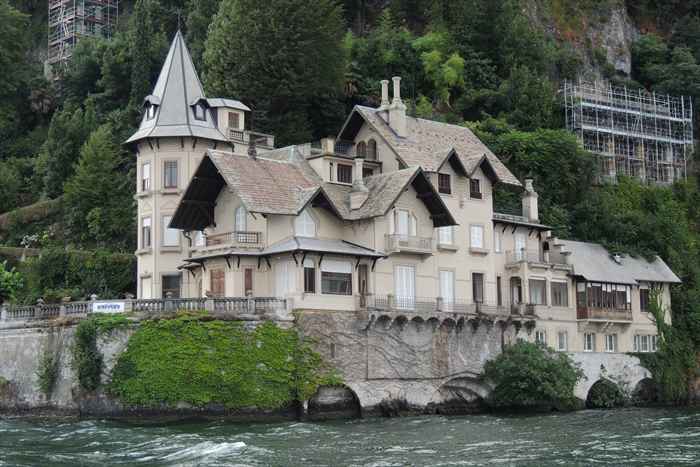 Villa Darsena is located in Blevio on Lake Como. The small town, located on the eastern shore of the lake, is the set of seven inhabitants of ancient origin that were called “the seven cities”. The first written testimony concerning Blevio dates back to 1084, the year in which the bishop of Como, Reginaldo, died expressing his desire to donate his lands of Blevio to the cathedral of Como.

The marquise Maria Iukovsky was the owner of the land on the lake bordering the municipality of Blevio, in 1903 finally obtained permission to build a small dockyard dock. Less than a year later decided to overlap even a small residence. The design of the building was entrusted to Luigi Catelli, who created the idea of ​​the architect Federico Frigerio on paper. From this collaboration was born one of the most particular residences of Lake Como that is still admirable today in its original structure.

Fortunately, the original idea of ​​Federico Frigerio, on an accurate pen sketch, and the executive project designed by the engineer Luigi Catelli, survived from the villa-dock Capranica. The two collaborate repeatedly during the first decade of the twentieth century, but this was the only known case in which the engineer seemed to develop perfectly the idea proposed by the architect. The villa has a simple structure, with a rectangular plan with rounded edges, surrounded by a loggia on the lake protruding on shelves of elegant design. The dock is perfectly usable and above it rises the body of the two-storey villa, of which the second is inserted in the high mansard roof, illuminated by dormers. The interior rooms are connected by an internal staircase placed towards the mountain.

The close relationship with the lake was evidently privileged in the construction of Villa Darsena. In the projects appear decorations such as the frames of dormers and the graffito processing of the mirrors between the windows on the ground floor, which are no longer present in the structure.

Villa Taglioni is located in Blevio on Lake Como 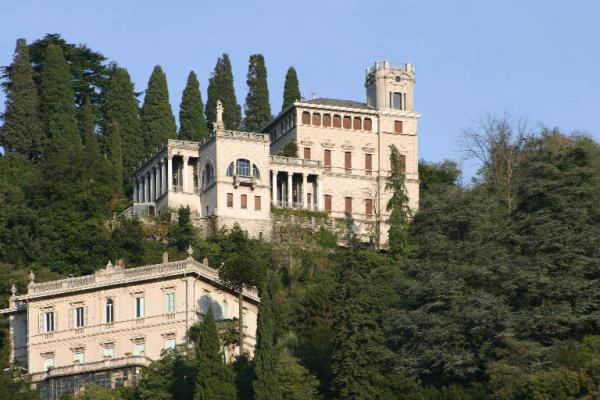 Villa Dossi Pisani on the Lake of Como 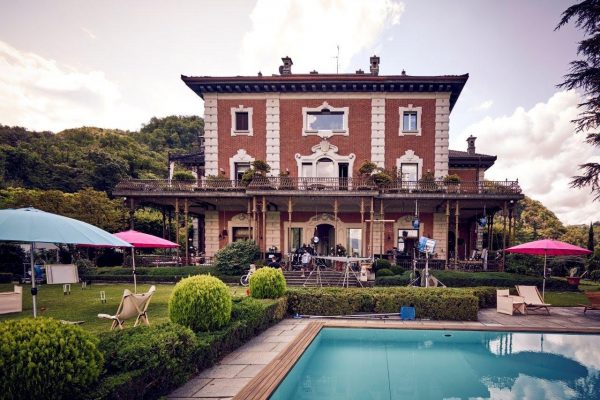